Disconnecting at Rabbit Hill Inn: Prices and Things to Do

Singer Billy Joel once implored us to “take the phone off the hook and disappear for a while.” Rabbit Hill Inn, a bed-and-breakfast in the shadow of the White Mountains in northern Vermont, is just such a place to heed the call to unplug.

Unplugging increasingly is where it’s at in our technology-saturated world. One-quarter of Americans report spending fewer than two hours a day outdoors, according to a 2017 study.

Worse yet, parents responding to the survey indicated their children are on computers or televisions three times more than they are in the open, fresh air.

The unplugging movement is getting grassroots attention. Activists have created the National Day of Unplugging, which encourages a full day’s worth of downtime from our digital devices.

At Rabbit Hill Inn, you'll find it easy to do more than a day of unplugging. The inn is in one of the most scenic areas of the country, with plenty to experience and enjoy.

The Story of Rabbit Hill Inn

Rabbit Hill Inn sits in the town of in Waterford, Vermont. The inn was born in the late 1700s as the United States was establishing itself as a new nation.

Entrepreneur Samuel Hodby recognized that Waterford sat midway between port cities such as Boston and Portland, Maine, and commercial centers in Canada. With this in mind, he established the Samuel Hodby Tavern and General Store, a place where travelers could refresh and re-stock for the journey still to come.

Over the next several decades, the Hodby property would grow both through acquisition and expansion, serving both tradespeople as well as loggers.

Yet, it hasn’t always been an inn for weary travelers. Between 1919 and 1957, the inn served as a private residence owned by the Davies family.

As an interesting side note, the Davies acquired the entire village of lower Waterford, painting each house white and installing green shutters. This is how Waterford earned the nickname “the White Village of Vermont.”

Rabbit Hill Inn has had a unique draw for people over its history. The current owners, Brian and Leslie Mulcahy, are former guests. They became the owners of the inn in 1997.

Where is Rabbit Hill?

Rabbit Hill Inn is remote, but that’s one of the joys of coming here to unplug. Waterford is a small town of about 1,300 people near the Connecticut River and the New Hampshire border.

Though remote, the inn is not difficult to get to via car. Rabbit Hill Inn sits about 2 miles from exit 44 off Interstate 93 north.

You can also reach Rabbit Hill Inn via exit 19 off Interstate 91 and traveling 7 miles on Vermont Route 18.

The inn is a six-hour drive from New York and three hours from Boston. If you want to shorten the journey further, fly into Burlington, Vermont, or Manchester, New Hampshire. Both cities are within a two-hour drive.

Rabbit Hill Inn’s main attraction is the outdoors. For that reason, you’re going to want to come ready for activities that will take you into nature.

This could involve everything from hiking, biking, canoeing, kayaking, horseback riding, hot-air balloon rides, or more.

Definitely make sure your suitcase is filled with comfortable shoes and socks. Hiking boots are a must. Consider pairs from Timberland for men or Columbia for women. You won’t regret bringing along heavy-duty hiking socks either from top brands such as Darn Tough or SmartWool.

You’ll also want to bring heavy-duty pants for your hike to protect against ticks or other creatures as well as sunburn. For winter adventures, you’ll want pants that shield against wind and water. For good winter hikes, consider also bringing a pair of snowshoes.

Overall, you can count on filling your suitcase with casual wear. If you’re not in the outdoors, you might be shopping or dining. The Rabbit Hill restaurant requires collared shirts and slacks. You may also want a nice outfit if you dine elsewhere in town. 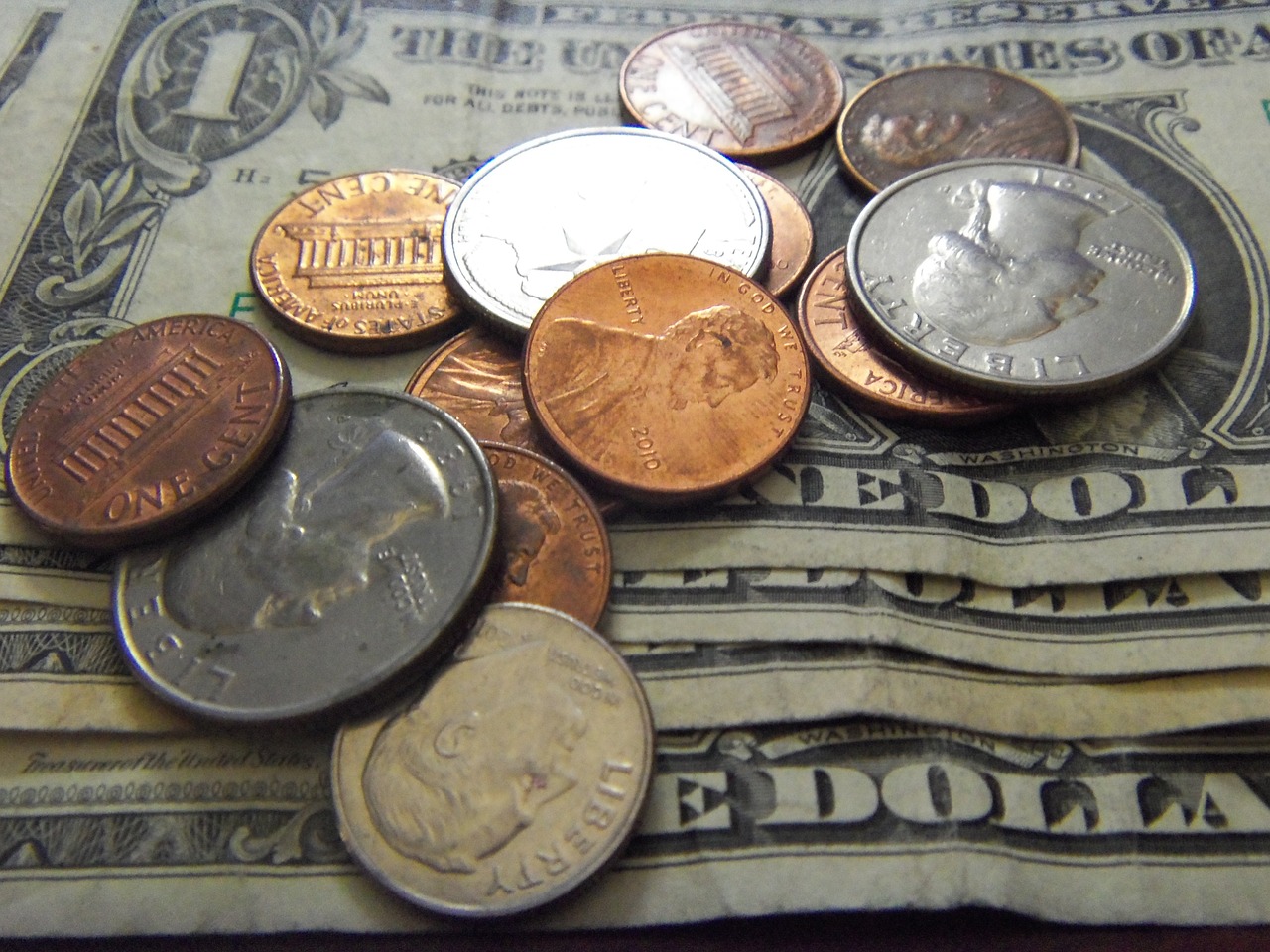 The price of a room night at Rabbit Hill Inn, of course, depends on the season. Peak season is in the fall and around Christmastime. Rabbit Hill consists of 19 rooms, ranging from classic to luxury.

As an example, a recent search for late August yielded a price of $359 a night. Off-peak rooms will probably come in at under $200 a night. Each reservation includes afternoon tea and a candlelit breakfast.

For a little bit more, guests can enjoy varying package deals that might include dinner, afternoon tea, and breakfast, a massage, a bottle of white, roses, and chocolates.

Rabbit Hill Inn also offers various adventure packages. For example, the adventurous at heart can sign-up for a two-night zipline adventure, including dinner at the inn, for about $325

Who needs phones when you have these lovely experiences?

The Joys of Rabbit Hill

Part of the joy of unplugging is not having to go anywhere if you don’t want to. If you decide you’d prefer to stay put at Rabbit Hill Inn, you won’t be bored. Rather, you should expect an experience befitting a country inn.

Take some time to appreciate your surroundings and just sit on the porch and view the spectacular White Mountains. Step away from the house at night to see the stars.

You can go for a swim on the property or challenge each other to games of shuffleboard or horseshoes. Inside, you can put together jigsaw puzzles or play other interactive games at the Snooty Fox Pub.

In the fall or winter, put your feet up by the fire. Read a good book or just chat with your partner.

For all this, Rabbit Hill Inn has been consistently recognized by travel-related publications. The inn was named one of the top 100 hotels in the world by Travel + Leisure magazine in 2017 and 2019, and one of the 20 best in the U.S. in 2018.

Just because you’ve unplugged does not mean you won’t get hungry. The Rabbit Hill Inn puts emphasis on two of the three meals -- breakfast and dinner.

Breakfast is continental style and includes a selection of hot foods along with juices, pastries, fruit, and yogurt.

Dinner features menus that change with the seasons with a focus on American cuisine. The inn emphasizes ingredients grown locally wherever possible. You can also take your time with a cocktail before dinner at the pub.

In between, as a late-afternoon, post-lunch treat, the Rabbit Hill Inn puts out a spread of freshly made sweets.

At some point, you will be ready to venture off the grounds of Rabbit Hill Inn. The areas surrounding the inn offer plenty to do -- more than you may be able to accomplish in a single visit.

Let's start with the most apparent attraction: the breathtaking Mount Washington, which is the highest mountain peak in the northeast U.S. You can always drive to the top, where you can buy the ever-popular “This Car Climbed Mt. Washington.” If you’d prefer to wear your accomplishment, you can purchase a T-shirt as well.

A fun way to get to the top is the Mt. Washington Cog railway, one of the most unique train rides you’ll find anywhere. For a different adventure, you can ride ziplines nearby, such as the one operated by Alpine Adventures.

The Vermont Institute of Natural Sciences, also nearby to the Rabbit Hill Inn, has one of the nation’s top collections of predator birds, including hawks, eagles, falcons, and owls.

We are living through the golden age of innovation in brewing, and perhaps you are in the mood to taste some of the newest approaches to the craft. You can go on a beer tour and visit 10 of the state’s breweries.

Rabbit Hill Inn puts you in central New England, in reach of many attractions. If you’re so inclined, you can take day trips outside the immediate radius of Waterford. The inn has maps on site that will guide your adventures.

One of the outings to consider is to travel the White Mountains Trail. It’s a 100-mile tour that takes you around and by Mount Washington, Bretton Woods, North Conway, and the tongue-twisting Kangamangus Scenic Byway.

A second outing that caught our eye also spotlights nature. Rabbit Hill Inn is a short drive from Moose Alley, an area that roughly runs between Pittsburg, Vermont, and the Canadian border. The inn says it is "not uncommon to see dozens of moose" in this area.

One more thing to mention: You might also take the opportunity to visit the town that hosts the northern-most Ivy League school. Dartmouth College is in nearby Hanover, New Hampshire. The town will keep you very busy for an afternoon.

Unplugging for some may also mean going low-key and appreciating the best of your surroundings. The immediate vicinity of Rabbit Hill Inn makes this more than possible.

If you’d just like to take a measure of the region, consider a tour of local shops and antique stores. Or, if you have an artistic bent, consider visiting artisan studios and galleries.

The opportunities are plentiful. You can browse book shops or look for fine gifts or clothing, or outdoor gear. You can also go outlet shopping.

Local merchants give you plenty to keep you busy during your time at Rabbit Hill Inn.

Disappear for a While

In our fast-paced world, we have to capitalize on moments that remind us what’s important. Unplugging at a place such as Rabbit Hill Inn, with so much to offer, is a way of connecting and reconnecting with those you love and the regions you might not think to visit.

Whatever you’re looking for, whether its day trips or antique shopping or a relaxing moment by the fire, the only requirement is to leave the phone at home. And live.

Have you ever visited Vermont before? If so, tell us about your trip and what activities or must-see sights you recommend in the comments section.